Activity Map—So many fun things to do and see!

Tell your neighbors, tell your friends! Friday, August 10 is a party along Greenwood!
This free event opens the city’s largest public space – its streets – so people can walk, bike, roll, run, skip and shop – without having to watch out for cars! Summer Streets is partnering with the Phinney Neighborhood Association for some good old fashioned fun.

We are bringing back Seattle’s Largest Canned Food Pyramid too! Last year we collected over 2,500 cans of healthy food for the Greenwood Food Bank. Plan on bringing your donations to Summer Streets and we’ll build an even bigger pyramid this year. The pyramid is being built in the Ken’s Market parking lot at N 73rd Street and Greenwood.

BabaLouise: 616 NW 65th Street
Maestro Colin R Clark esquire is a process oriented printmaker accredited as a maestro stampatore e incisore from Centro Culturale il Bisonte in Florence, Italy and holds a Bachelor’s of Arts with an emphasis in photography from Western Washington University in Bellingham, Washington.  Clark works with the ideas of repetitive acts of choice and rituals of consumption that form one’s personal identity and relationships.  He has shown works in Bellingham, Florence, Bogotá, and Seattle while currently living and working in the Ballard neighborhood of Seattle, Washington.

*Bleacher’s Pub: 8118 Greenwood Ave N
Stop in for a discounted appetizer or entrée during the monthly art walk.

Bherd Studios Gallery (Greenwood Collective)
8537 Greenwood Ave N, Suite 1
Tacoma artist, Jeremy Gregory, brings his art to life through hand crafted posable puppets and in a short stop motion film during his exhibition “Little Big Deal” opening Friday, August 10th from 6-10pm. Gregory will have his puppets on display along with a continuous looping of his new stop motion film “Welcome to the Neighborhood” at Bherd Studios Gallery located in Seattle’s Greenwood neighborhood.

Gregory’s passion for turning his edgy and gritty style of art into 3-D posable puppets started when he began tossing the idea around to friends and peers over a year ago. After having enough detractors say it wasn’t advisable, he decided to prove them wrong. He now has over 30 hand crafted puppets in his collection which he describes as his own children with each of them having their own unique back-story. His characters range from loveable street urchins to skater kids and birds. He is already gaining recognition with his puppets locally. Last October his Zombie character puppet was featured on the cover of Tacoma’s Volcano Weekly.

Like Geppetto, he would never think of parting with any of his children. Instead he has started using them to create interesting still shots and a short stop-motion animation. His first film has taken over a year to finish with help from Brian Parker, a professor at Tacoma’s Bates Technical College in the Digital Media department. Gregory created all the puppets and sets for the film, as well as being Art Director, writer and puppeteer, while Parker was the films director, writer and co-creator. Just the filming stage of this project took 8 weeks and also included the help of 4 students from Parker’s Digital Media class. The immense amount of labor and creative planning that went into this short film has produced an oddly dark and tragic story which stays true to the realistic and gritty art that Gregory is known for. Like Geppetto and Pinnochio, his little character, Jimi, learns a tough life lesson hanging out with the wrong crowd.

Gregory’s talent has been recognized by City Arts Magazine as Tacoma’s Top Comic artist. He has had an alt-comic series in the magazine titled True Grit that started in 2008 and the magazine described Gregory as “one of our best Tacoma discoveries”. He’s also participated in many community mural projects and the Tacoma City’s Public Art: In Depth (PA : ID) program. He is a graduate of the Arts Institute of Seattle and currently teaches graphic arts in downtown Tacoma at School of the Arts High School. His artwork has been on exhibit all over the Pacific Northwest including two past exhibits at Bherd Studios Gallery. Artist Present.

Chocolat Vitale: 6257 3rd Ave NW
Native Seattleite Carl Edwards delves into the Pacific Northwest aesthetic to reveal edge conditions that are unique to this part of the continent. He employs traditional oil painting techniques to evoke and explore aspects of landscape that inform the viewer with simultaneous feelings of the familiar and the unfamiliar. Carl received a Bachelor’s of Fine Arts oil painting major through Cornish College of the Arts (Seattle) and the Minneapolis College of Art & Design (Minnesota).  His work has been shown in Seattle, Minneapolis and most recently in Vancouver, BC. Artist Present. 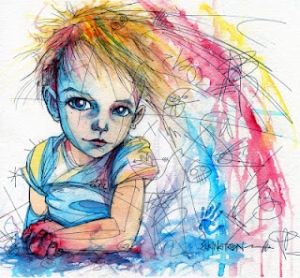 PNA Gallery: 6532 Phinney Ave N
“Ski Jump” by Todd Smith. The Leavenworth Washington Ski Hill has an iconic structure gracing its slope. This structure, a ski jump, is historically very rich. The history has been written elsewhere. The structure itself is now a ghost, falling apart. It sits atop the hill reminding the valley of thrills sought decades ago. The purpose of these photos is to attempt to show the effort put forth and severity of a hand made structure produced for such simple and childlike pursuits: Jumping and flying. A pure thing built by thrill seekers. A reference for the thrills and extremes we all seek today with our own childlike curiosity. Artist present.

Plus Tasty features their 3rd Annual Art Fair out on the streets in front of their shop for Summer Streets. 20 plus local artisans selling directly to the public. AND live music by Cody Wilkinson. Artists present.

Two Birds Tattoo: 7408 Greenwood Ave N
Cyra Jane will be showcasing both her kinesics series, which is a surrealistic study of expression and gesture, and a few of her parahuman stone carvings that meld men with rabbits in a dialogue on desires.